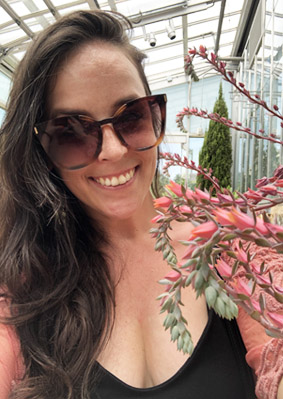 Resume: B.A. in Advertising with a focus in Art Direction from Temple University in Philadelphia. Previously worked as a Graphic Designer at FSC Interactive, a Creative Project Manager at Sigl Creative, and a bartender at Tipitina’s.

Alternative Career: Architect or Landscape Designer. You can find her caring for her plants or relaxing in her backyard in her downtime.

Favorite Commercial: Geico’s ‘Scoop There It Is”—gets her every time.

Most Daring Moment: Rappelled down a 200 ft. rock face in New Zealand and did the Sydney Harbor Bridge Climb. Recently (and most impressively), she and her husband gutted their new double shotgun solo.